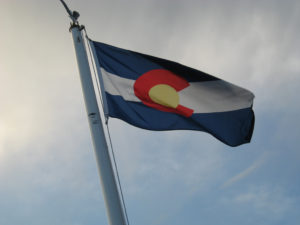 The Loofbourrow problem:  As you may or may not be aware, there are ICAO decisions citing to the Loofbourrow decision that basically place claims where no indemnity has been paid into a non-claim limbo.  Harmen-Bergstadt, Inc. v. Loofbourrow, 320 P.3d 327 (Colo. 2014) is a case that loosely held that claims where temporary disability and permanent disability have not been paid, are not governed by a finding of maximum medical improvement.  This status calls into question whether a Final Admission of Liability filed on a no-lost-time claim is valid and whether a Division Independent Medical Examination (DIME) can be obtained in these claims, let alone what weight a DIME has if a DIME can be had at all.  Like Brigadoon these claims appear and then fade into the mist with nary proof they even existed.  This problem remains fertile for a legislative fix, but it did not happen in the 2018 session.

Interlocutory Orders: There remains an issue over whether an order can be appealed when no benefits have been granted or denied.  Decisions involving whether a benefit was granted or denied are murky.  As a general rule, to make sure a benefit is in play for there to be a sustainable appeal, always put a specific dollar figure assigned to a benefit before the hearing ALJ.  Until then solidifying what is an appealable order remains a possible area for a legislative fix, outlining an ability to appeal an order notwithstanding the grant or denial of benefits.

Reportable Claims:  Somewhat tied to the Loofbourrow problem is the issue of what constitutes a DOWC reportable claim.  The question of whether a claim should be reported after a certain amount of time receiving treatment is another possible legislative issue that may allow for a way to build around the Loofbourrow problem.  Once again, this was not legislatively addressed in the 2018 session, but may arise in the future.

Reciprocity:  Reciprocity allows for coverage in one state to be effectively applied in another state for employers who have employees working in that state.  It eliminates the need for buying workers’ compensation insurance to cover people working in Colorado from another state.  It is not uncommon for contiguous states to have reciprocity with each other for workers’ compensation coverage.  About 30 years ago, when Senate Bill 218 was passed, Colorado did not include its reciprocity statute and is one of the only states that did not have reciprocity with any other state.  This issue became important recently.  The Wyoming legislature was considering a statute to require employees from a Colorado employer working in Wyoming, to buy a Wyoming policy unless Colorado had reciprocity.  In 2018 Colorado passed HB 18-1308 that creates reciprocity with the contiguous states and eliminates this problem for employers.

Commercial Vehicle Operators and Similar Coverage: SB 8-178 was passed that excludes commercial vehicle operators, as defined under Section 42-4-235(1)(a)(I)(B), C.R.S., basically limousine drivers, from the definition of employee and allows players to obtain an occupational accident policy in lieu of coverage under a workers’ compensation policy.

Opioid Misuse:  Tangentially related to workers’ compensation, HB 18-1003 was passed.  This Bill sets up a committee and framework to study the substance abuse issues in Colorado associated with opioids.

There has been cooperation in the past between interest groups and stakeholders in fixing obvious problems in the Colorado Workers’ Compensation Act.  This year there was cooperation; however, not much activity.  For a longtime Colorado enjoyed a Legislature split between the two main parties.  This kept radical changes from being proposed to the Colorado Workers’ Compensation Act by either side.  With elections coming in November that could change and the next legislative session could end-up being much more active.