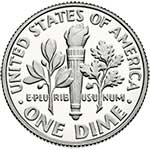 and Pinnacol Assurance, W.C. No. 4-895-940. The decision sparked great interest in the workers’ compensation community and was a primary topic of discussion at the recent Spring Update CLE as well as the latest Case Law Update. The decision raises questions over how causation over different components of an injury can/should be litigated during the progression of a claim.

Claimant worked as an engineer performing robotic programming tasks. He was hurt on August 24, 2012 when he was struck in the face by a carbon fiber pole. His injuries included a skull fracture, nerve damage, a broken arm, broken orbital skull sockets and a torn rotator cuff. In November 2013 Claimant began complaining to his treaters that he was experiencing fatigue and sleep disturbance. Claimant underwent a sleep study showing that he had narcolepsy. Claimant was prescribed Adderall, which he began taking in larger and larger doses to stay employed. Claimant had to reduce his Adderall use, but was unable to perform his job and ultimately stopped working in February 2015.
Claimant was placed at MMI effective August 26, 2015. Claimant was diagnosed as suffering from a traumatic brain injury that induced narcolepsy. Claimant received 67% whole person rating. Respondents requested a DIME. The DIME deferred to the treating doctor over whether Claimant’s injuries included post-traumatic narcolepsy and gave Claimant a 39% whole person rating. Respondents filed a FAL on March 2, 2016 based on the DIME.

Claimant claimed permanent total disability (PTD). The employer’s long-term disability program generated expert reports that concluded Claimant was not so disabled from his injury as to be unable to work. Respondents also obtained evaluations from various experts that concluded Claimant’s condition should not keep him from work. These evaluations included a neuropsychological evaluation the concluded it was not possible to state that the traumatic brain injury caused narcolepsy. The ALJ ultimately determined that medical evidence was too speculative for a causal connection to be established between Claimant’s injury and the narcolepsy.

The ALJ found that, even assuming Claimant’s employability was limited by narcolepsy, he remained employable. The ALJ determined that Claimant failed to prove entitlement to maintenance medical benefits, citing to an IME doctor’s opinion the Claimant’s need for narcolepsy medication was not related to the injury.

Claimant appealed arguing, in part, that the DIME’s findings were binding on the parties. The ICAO affirmed the ALJ, basically citing to the ALJ’s ability to resolve evidence and upholding an ALJs factual findings, so long as they are supported by substantial evidence in the record. Addressing Claimant’s argument over the binding effect of the DIME opinion regarding causation of the narcolepsy, the ICAO cited to the clear and convincing evidence burden given to the DIME over MMI and impairment, but that the DIME’s opinions on other issues are just another medical opinion. About half of the majority ICAO’s opinion is directed at arguments raised in a dissent.

The dissent disagrees with the decision in that it allows the ALJ to conclude Claimant’s narcolepsy is not a part of the original injury. The dissent disagrees with this because it allows the Respondents to simultaneously stipulate that the narcolepsy was part of the work injury for permanent disability purposes while contending that it is not part of the work injury for maintenance medical benefits and PTD benefits. The dissent relies heavily on Leprino Foods, Co. v. Industrial Claim Appeals Office, 134 P.3d 475 (Colo. App. 2005). In that case, Claimant had an elbow injury with a possible shoulder component. A DIME took place and found Claimant was not at MMI due to the shoulder. Respondents did not challenge the DIME and it was determined that Claimant’s entitlement to TTD received a clear and convincing evidence burden based on the DIME’s determination Claimant was not at MMI due to his shoulder. The dissent basically takes the position that it is unfair for Respondents to accept Claimant’s narcolepsy as a source of impairment producing an admission of liability in accordance with the DIME, but allow Respondents to challenge this condition as not work-related in a PTD and maintenance medical hearing.

Use of Yeutter: The Yeutter case is likely being appealed further. The case raises several issues. First, the case currently exists just as an ICAO decision, so it does not have precedential value in front of ALJs. In the event that the Court of Appeals thinks a decision it comes to in Yeutter clarifies how a DIME’s opinion can be applied, it may be selected for publication, which would provide for precedential value. A rare dissent at ICAO may lead to a published decision from the Colorado Court of Appeals.

Incentives: Respondents may have different incentives to contest a body part as not related to the work injury through the progression of the claim. For instance, respondents may elect to pay medical benefits for conditions that may not be part of the work injury. It simply may not be worth challenging treatment for a condition when balancing that issue against the cost of care. In Yeutter, Respondents accepted an impairment rating in the context of a clear and convincing evidence burden over that number. The incentive to challenge the narcolepsy was significantly higher in the context of a PTD, thus the challenge to the narcolepsy.

If further appealed, the Yeutter case may flesh-out some logical inconsistencies. There is a fundamental fairness in not having Claimant go into every hearing prepared to litigate compensability of body parts that have previously been accepted as a part of the work injury in terms of treatment and even impairment. Further, Respondents should make a decision whether or not to challenge a body part as related to the work injury at some determinable point in a claim, knowing that determination will become a part of the claim moving forward. A DIME opinion over relatedness of a body part, whether a component of MMI or impairment, may be that determinable point for that decision. In the alternative, this could be the subject of a legislative fix.