Why is it important to know if the person working for you is an employee or an independent contractor?  Because the answer determines if he or she must be covered by your workers’ compensation insurance policy. An incorrect guess exposes you to substantial penalties under Colorado’s Workers’ Compensation Act. 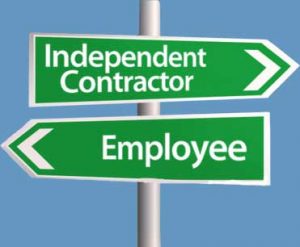 A worker’s status as an “employee” versus an “independent contractor” has been one of the most heavily litigated areas of workers’ compensation since the enactment of Colorado’s Workers’ Compensation Act in 1915.  Fortunately, after decades of appellate decisions addressing the independent contractor versus employee issue, in 1993, the General Assembly enacted section 8-40-202(2), C.R.S.  According to section 8-40-202(2), C.R.S., anyone performing work for you is an employee, unless such individual is:

The statute sets forth nine factors which give rise to a presumption that a worker is an independent contractor as opposed to an employee.  The statute contains various factors the courts will consider in determining whether a worker is, based on the totality of the circumstances, “engaged in an independent trade, occupation, profession or business”.  For example, if the worker has a separate business name, carries his or her own business insurance, has business cards, carries workers’ compensation insurance on any employees, is paid at a contracted rate, submits invoices for the work being performed, with payments being made to the named business, is performing services for other companies at the same time he or she is working for you, the facts suggest the worker is independent and you may not be required to cover him or her under your workers’ compensation policy.

The statute also requires the worker to be “free from control and direction in the performance of their services”.  If the worker provides their own tools and necessary supplies, performs the services being contracted on their own schedule, exercises independent judgment in performing the services and how they choose to perform them, again these facts suggest the worker is free from control and independent.  Unfortunately, the courts have repeatedly held there is no single dispositive factor, or series of factors, resulting in proof of an employer-employee relationship or independent contractor status under section 8-40-202(2), C.R.S.

The statute does provide for the use of a document to satisfy its requirements by a preponderance of the evidence.  If the parties use a written document to establish an independent contractor relationship, it must be signed by both parties and contain a disclosure, in type which is larger than the other provisions in the document or in bold-faced or underlined type, that the independent contractor is not entitled to workers’ compensation benefits and is obligated to pay federal and state income tax on any moneys earned pursuant to the contract relationship.  All signatures on the document must be notarized.  Such a document creates only a rebuttable presumption of an independent contractor relationship between the parties.

Still confused or unsure?  Please call Lee + Kinder LLC to discuss the facts of your situation.