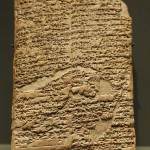 Istanbul, originated in Mesopotamia sometime between 2100-2050 B.C, while under the reign of King Namma of Ur. The overarching goal of the code was to establish “equity in the land.” In doing so, King Ur dictated laws such as “if a man knocks out the eye of another man, he shall weigh out ½ of mina in silver” or 30 silver shekels. The code itself implies that the payment of compensatory awards applied to all aspects of daily life. The code also reflects the ubiquitous use of labor slaves, as it only provided for and only awarded monetary compensation awards to the slave owner, rather than the laborer, if the slave in the case sustained the injury.

The Code of Hammurabi, famously known for the harsh eye-for-an-eye decree, adopted the compensation-for-disability concept when instituted sometime between 1795-1750 B.C. Neither the codes of Kings Ur or Hammurabi appear to give an employer special exempt privileges. According to the Code of Hammurabi, if a man committed an unintentional assault or bodily harm against another free man, he need only be charged the value of doctor’s fees as a penalty. Rev. Claude Johns, “Babylonian Law”, 11th Ed. of Encyclopedia Britannic, (1910-1911). There were harsh penalties for careless and neglectful behavior on the part of those providing public services. For example, if an unskilled surgeon caused loss of life or limb, the surgeon’s hands were cut off. Scholars point out that the code also contained instances when compensation could be awarded based upon a schedule if the underlining injury was a result of neglect conduct. One can use their own imagination to lament on how this code was applied to individuals who engaged in careless actions that caused harm to their employees. The monetary compensation and respective legal codes only applied to free citizens. One explanation for the lack of specific work-place laws certainly is that the workers’ in the high intensity jobs, such as construction, were not entitled to legal protections due to their social position as property slaves.

Contemporary observers are part to turn of the century Greek, Roman, Arabic, and Chinese legal codes as the next step in the evolution of workers’ compensation law. Gregory Guyton notes that the ancient legal systems provided for compensation schedules for the loss of a specific body part based upon the schedule on compensation for the injury itself. The compensation given to an individual for loss of a body part was only based upon the scheduled award. The value of an impairment disability did not exist in antiquity. See Geerts, Achille, et. al., Compensation for Bodily Harm: A Comparative Study, (1977). For example, in Ancient Rome, the civil liability for causing physical impairment to another citizen was contained in the civil law delict codes. Whether one was held liable for damages, based upon the schedule, depended on the degree of fault of the offending party. The Roman delict provided the early foundations for negligence based personal injury compensation systems. By all accounts, these legal systems did not include remuneration for physical impairments (disability affecting an individual’s ability to perform a task or job), but only provided compensation for an actual injury.

Payment for an actual impairment, equivalent to modern impairment benefits, subtly arose in the pre-Renaissance feudal system. The payment of quasi-impairment compensation occurred when landlords would provide impaired feudal serfs compensation for disabling physical conditions. See Gayton, Supra. One not need think too hard on whether a serf was providing services to a lord at the time of the injury. The arbitrary award to a loyal serf stemmed from the feudal lords’ culturally imposed sense of honor and benevolent obligation to care for his servants. There is no definitive evidence to suggest that the royal elites in the time of Kings Ur or Hammurabi engaged in similar practices.

The Middle Ages and pre-industrial Renaissance Europe gave way to the birth of the English common law system. The slow reduction of enslaved and indentured laborers correlated to an increased number of persons (protected under the laws) entering into more labor-intensive jobs. The law needed to respond in turn. Guyton notes that early English Common law established three principles known as the “unholy trinity of defenses” to determine whether work place injury was compensable. First, the contributory negligent principle held that if a worker was in “anyway” responsible for an injury, the employer was not liable. Second, the “fellow servant” rule exempted an employer from liability when the workers’ injury arose out of the negligent conduct of a co-worker. Third, the “assumption of risk” rule permitted employers to enter into contracts with workers whereby the worker would waive the right to sue the employer for damages. Since employers would often enter into these agreements with workers when a job required exceptionally dangerous work, the waiver agreements became known as “death contracts.”

Hundreds of years later, the modern American workers’ compensation system eviscerated the three early English compensability laws. The lessons gleaned from antiquity reflect the slow growth of the compensation for injury system, which was born out of necessity to address growing disputes amongst those protected under the respective legal system. The next edition of Cup O’ Joe will discuss Part II, how the industrial revolution shaped the modern workers’ compensation system.