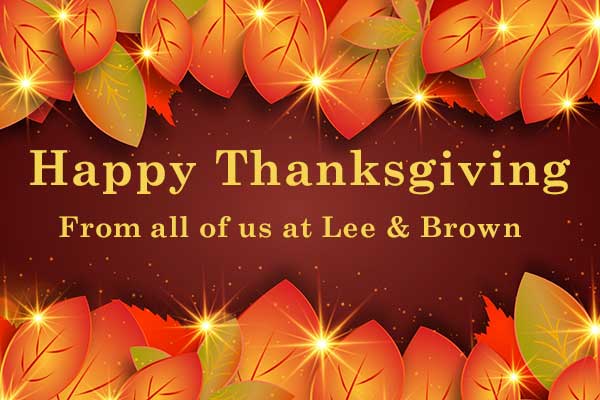 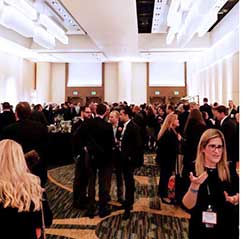 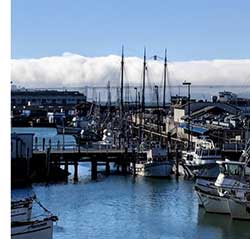 Conference last month in San Francisco. DRI is the “Voice of The Defense Bar” and the leading organization of defense attorneys and in-house counsel. The goal of DRI is to enhance the skills, effectiveness, and professionalism of all lawyers in the defense of civil litigation. The conference brings hundreds of defense attorneys from across the country to meet and discuss current trends and issues affecting the insurance industry with ways to improve and defend the interests of businesses and individuals in civil litigation. Seminars and CLEs were held on various topics including issues affecting the workers’ compensation system and ways to improve representation of clients. There were several Keynote speakers including former Secretary of State Dr. Condoleezza Rice. Overall, the conference was a great opportunity to meet and network with fellow peers from across the country. Next year the conference will be held in New Orleans.

Of Counsel M. Frances McCracken successfully defeated Claimant’s claim for compensability in Dunning v. Walmart Associates, Inc. Claimant alleged that she suffered an occupational disease injury to her wrists, including carpal tunnel and de Quervain’s tenosynovitis. Claimant stocked product as part of her daily duties and claimed that the repetitive action in using a box cutter caused her conditions. The ALJ credited the testimony of Respondents’ medical expert, who opined that it was not medically probable that the symptoms presented were causally related to Claimant’s work activities, especially in light of Claimant’s multiple alternative risk factors (including age, weight, diabetes, and vitamin deficiency). The ALJ denied and dismissed Claimant’s claim for compensation.

Because It Goes to 11

It is hard to believe that the holiday season is here and, with that, 2019 will soon be upon us. With the New Year, several changes and updates to the Workers’ Compensation Rules of Procedure will take place. One rule that will have significant changes and impact on the system is Rule 11 which pertains to the DIME process. Effective January 1, 2019, many revisions and changes to Rule 11 will take place. Continue reading the article to learn about several key changes to the Rule.
Cases You Should Know

A Claimant is Never Out of the Fight for TTD: In Frisch v. Berwick Electric Company, W.C. No. 5-033-012 (September 11, 2018), ICAO addressed whether a Claimant would still be entitled to TTD for a worsening of condition after having been denied TTD benefits by a prior Order finding termination for cause. Claimant was fired shortly after his injury and then “permanently barred” from collecting TTD after a hearing on termination for cause, under Sections 8-42-105(5) and 8-42-103(1)(g), C.R.S. The parties subsequently litigated TTD for a second time on the Claimant’s contention that he suffered additional disability due to a worsening of condition and was due TTD pursuant to Anderson v. Longmont Toyota, 102 P.3d 323 (Colo. 2004). In Longmont Toyota, the Colorado Supreme Court held that an injured worker who had been barred from collecting TTD due to termination could nevertheless still be entitled to TTD if he suffered a worsening of condition tied to the injury, despite having been terminated. Claimant proved that he suffered a worsening of his medical condition at the second hearing. The ALJ awarded TTD from the date of the worsening. ICAO upheld the ALJ’s Order, holding that termination did not permit a permanent bar on TTD if a claimant could show his/her condition improved after the injury then became worse resulting in further incapacity.

Moral of the Story: There is no permanent bar on TTD, even if you prove claimant was fired for reasons unrelated to the work injury. A claimant can always collect disability if he/she can show their condition became worse after a period of improvement.

Moral of the Story: Claimant must either apply for a hearing or a DIME within 30 days of a FAL or their claim is closed. If this is the case, Claimant must prove a worsening of condition or that there was an error in order to reopen the claim.

A “Quasi-Course” Goes a Long Way: In Prescott v. Schlumberger Technology Corporation and Travelers Indemnity Company, W.C. NO. 4-849-166 (September 9, 2018), ICAO affirmed the ALJ’s ruling that the injuries Claimant sustained from a car accident were compensable under the quasi-course of employment doctrine. The doctrine states that an injury occurring during travel to or from an authorized medical appointment is compensable unless there was a substantial personal deviation. In Prescott, instead of heading home to Grand Junction after a medical appointment in Denver, Claimant drove to his daughter’s home in Fort Collins and stayed the night. The next day, on his way home, Claimant was involved in a motor vehicle accident. The ALJ found that since Claimant was on his way home to Grand Junction when the accident happened, his substantial personal deviation to Fort Collins had ended, and the accident was compensable. ICAO upheld the Order, finding that the law was correctly applied and that it would not disturb the ALJ’s factual findings.